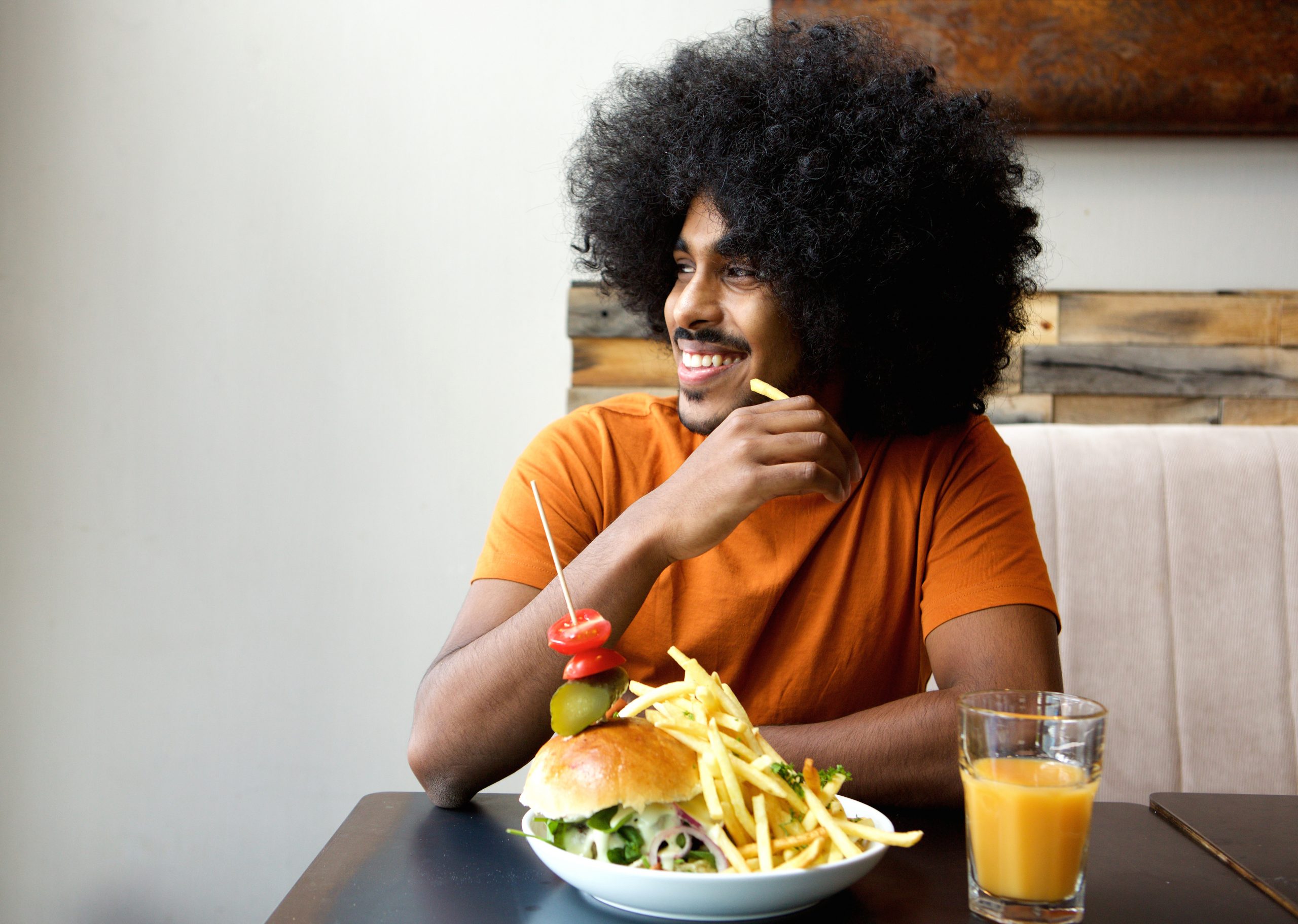 Ever since the 1980’s, the medical community has been telling us to eat a low-fat diet for better health.  Over fifteen years ago, I learned that fat and cholesterol played an important role in our health.  If we look at the past thirty years (the low-fat diet years), we’ll see there has been an increase in almost all diseases including diabetes, high blood pressure, stroke, heart attack, inflammatory diseases, chronic diseases, etc.  Pharmaceutical drugs seem to be our normal way of life these days.  It doesn’t have to be that way.

As more and more studies come out, we’re learning that dietary fat and cholesterol do not have the negative effects we thought they had on our health.  The true villain, it turns out, are the carbs.  (In the 80’s, the food pyramid told us to eat six to eleven servings of carbs per day!)  I think most people are aware now that trans-fats are bad and mono and polyunsaturated fats are healthy.  But now, some doctors are even saying that saturated fat may not be that bad.  (Many Naturopaths have been saying this for years.)  Coconut oil, a saturated fat, is good for you.  But what about butter?  Butter, like eggs, are back on the menu.  More and more doctors are finally beginning to promote this.  Below is an article written by Dr. Mark Hyman, MD.  It’s an excellent article.

“I understand why there is so much confusion around butter and saturated fat. The diet debates have America spinning.  Some advocate for putting dollops of butter in coffee, while others shun avocados and nuts as harmful, heart-disease-promoting and fattening foods.  What’s the average eater to do?

Three recent studies add to an increasing body of evidence that saturated fat is not the evil, heart-disease-producing substance we once thought. A recent large review of the research found that the higher the saturated fat intake in the population, the lower the risk of stroke.

Another study of 3,333 people over 15 years led by Dr. Dariush Mozaffarian of Tufts, examined not dietary history but actual blood levels of fats, and found that those with the highest level of dairy fat (essentially, butter in the blood) had up to a 44 percent lower risk of developing diabetes compared to those who had the lowest levels of dairy fat in their blood.

And a third study, just published after 40 years, looked at 9,400 people residing in mental hospitals who were fed either butter and saturated fats or corn oil (omega-6 fats).  The researchers found surprising results. The corn oil group had a much greater reduction in LDL cholesterol (30 mg/dl vs. 5 mg/dl) but a higher risk of heart attacks than the saturated fat group.

Is butter a health food? Probably not. Should it be shunned? For sure not. A review of the literature and a growing consensus among a large group of leading scientists suggest that we, for far too long, have unfairly maligned butter and saturated fats.

America first went low-fat in earnest in 1980, when our government told us to cut the fat. That message was then reinforced with the USDA’s infamous food pyramid, which encouraged us to eat 6 to 11 servings of bread, rice, cereal and pasta a day.

Eleven servings of bread a day? That sounds a little crazy now. But back then, most Americans took that advice. As a result, we are now fatter and sicker than ever, with nearly 70 percent of us overweight and one in two with pre-diabetes or type 2 diabetes. And while death rates from heart disease are declining due to better treatments, the percent of the population developing heart disease is increasing significantly.

What happened to our diet over the last century?  According U.S. Department of Agriculture records, our intake of saturated fats, eggs and meat decreased — butter from 9 to 4.6 pounds, lard and tallow from 10.5 to 6.0 pounds, red meat 71 to 60 pounds per person, per year. Egg consumption dropped from 374 to 250 per year. But our intake of refined vegetable oils increased from 9.8 to 35.2 pounds per person, per year, chicken by 57 percent, sugar by 39 percent and grains by 45 percent.

Today, we know some things we didn’t know back when we originally received all that low-fat dietary counsel. First, review after review after independent review of the research shows that there seems to be very little link between saturated fats and heart disease. In the absence of refined (starchy) carbs and sugars, and in the presence of adequate omega-3 fats, saturated fat itself is in no way linked to heart disease.

Total cholesterol, and especially LDL-C cholesterol, is not the best predictor of heart disease risk. What matters is the total-cholesterol-to-HDL ratio, and the LDL particle number and size. These are the factors that are the most predictive of heart disease. Eating more fat (except trans fats) and lowering sugar and refined carbs is one of the best ways (in addition to eating more non-starchy vegetables) to improve the quality of your cholesterol.

In fact, small LDL particles (from low-fat, high-carb diets) are associated with three times the risk of heart attacks compared to total LDL cholesterol. Saturated fat and fat in the context of a lower sugar and refined carbohydrate diet increases the LDL particle size (which is a good thing). Evidence also suggests that a bigger predictor of the extent of cardiac disease is the triglyceride-to-HDL ratio, not total or LDL cholesterol. That ratio is also improved by a higher total and saturated-fat diet, and worsened by refined carbs and sugars.  The evidence tying higher-fat diets to greater weight loss and improvements in cardiovascular risk factors has been repeated in many other studies.

What about all the calories in fat (gram for gram, it has more than twice as many calories as carbs and proteins)? Shouldn’t we cut out fat to lose weight?  While a shrinking number of health professionals still suggest that low-fat diets are best for weight loss, the overwhelming scientific consensus no longer supports the conclusion that total fat causes obesity.

In a recent review of 53 high-quality, randomized, controlled trials, comprising research that compared low-fat to high-fat diets, lasting at least a year, researchers found that in more than 68,128 people, the high-fat diets led to greater weight loss than the low-fat diets. The researchers included only the best quality studies (53 out of 3,517 studies).

This is why the 2015 Dietary Guidelines removed its previous limits on total dietary fat. They also removed the previous limits on dietary cholesterol, saying it was “no longer a nutrient of concern.”  Afterreviewing the evidence, the USDA Dietary Guidelines Advisory Committee concluded: “Reducing total fat (replacing total fat with overall carbohydrates) does not lower CVD [cardiovascular disease] risk.… Dietary advice should put the emphasis on optimizing types of dietary fat and not reducing total fat.”